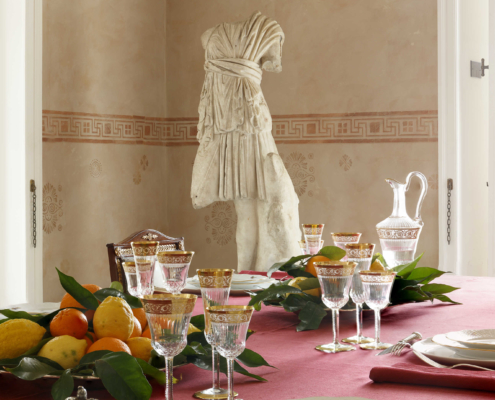 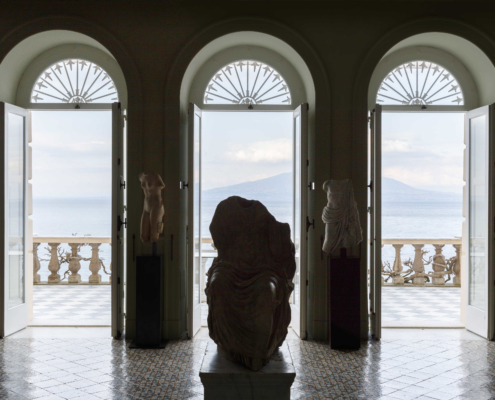 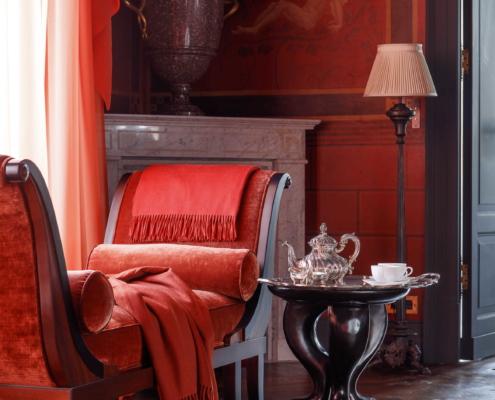 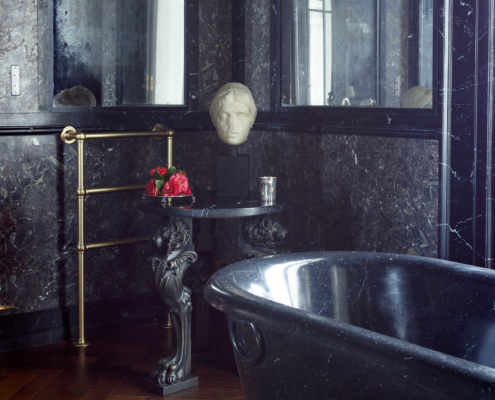 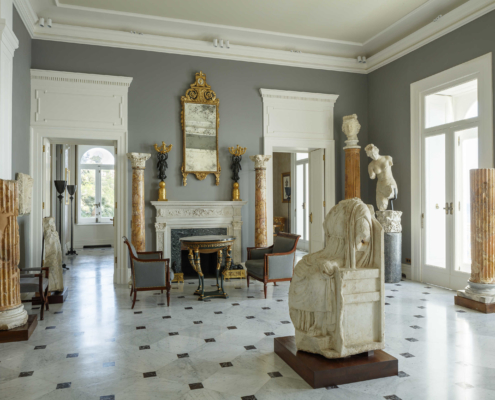 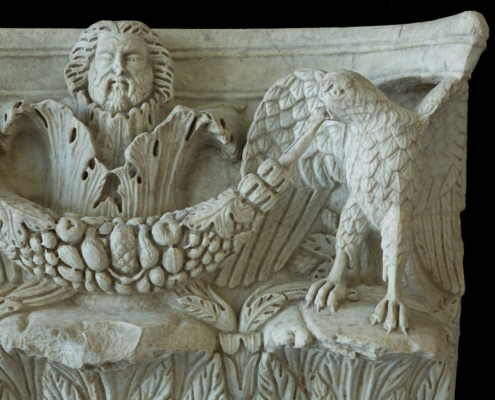 Villa on the shores of the Gulf of Naples in Sorrento – Astor Palace has been designed by the world’s most famous decorator – Jacques Garcia.
It is located in a place literally permeated with ancient history. In ancient times, here, on the coastal rocks, was the residence of the grandson of Emperor Augustus Agrippa Postumus, who fell out of favor because of his violent disposition and was expelled by his grandfather from Rome.

In 79 AD, the residence was destroyed by the eruption of Vesuvius. After several attempts of construction, in 1888, the plot was acquired by a wealthy esthete, Baron Giovanni Labonia, in order to build a villa here in the neoclassical style – like the Achilleion Palace, which Austrian Empress Sisi had recently built in Corfu.
The villa acquired its current architectural appearance under the most famous owner, after whom it is named – the American Ambassador to Italy, philanthropist and billionaire William Waldorf Astor, who bought it at the beginning of the twentieth century. He expanded the building, assembled a magnificent collection of Greek and Roman artifacts and laid out a two-hectare garden around, which today is one of the ten most beautiful gardens in Italy.
The residence with such a rich history is a real gem in one of the most picturesque places in the Mediterranean, it seems as it was specially waiting for Jacques Garcia – a brilliant decorator, awarded the Legion of Honor for his contribution to the preservation of French classical aesthetics.
Garcia is a master of luxurious palace interiors. He worked for the Sultan of Brunei, the Prince of Luxembourg and the King of Belgium. No one knows better how to deal with the historical heritage as he does, he has mixed ornaments and finishes, expensive fabrics and antique furniture, gilding and purple.
Garcia created interiors filled with the magic of bygone eras. It took him two years to find the perfect balance between modern luxury and the luxury of an old summer palace. Today Villa Astor can be rented to enjoy the master’s interiors, comfort and breathtaking views