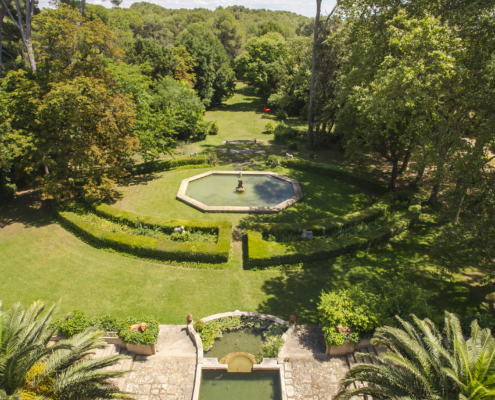 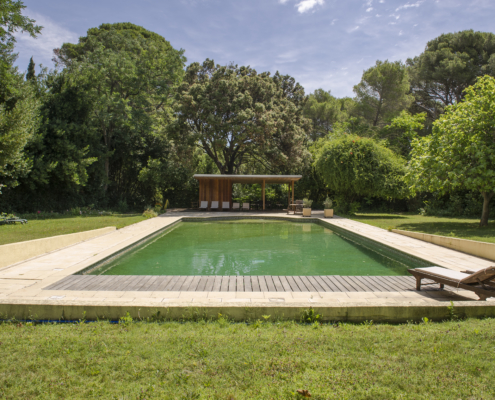 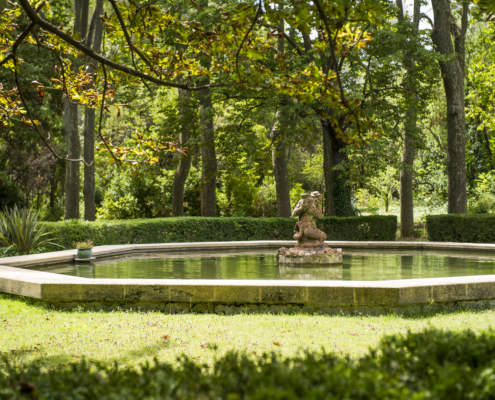 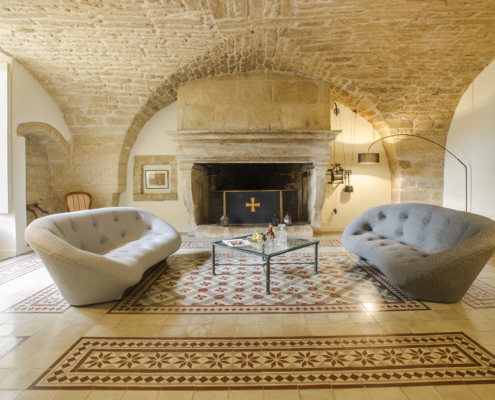 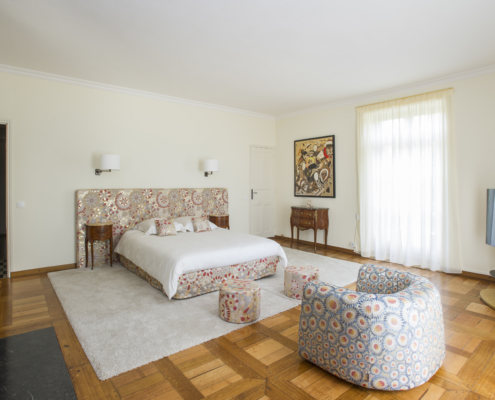 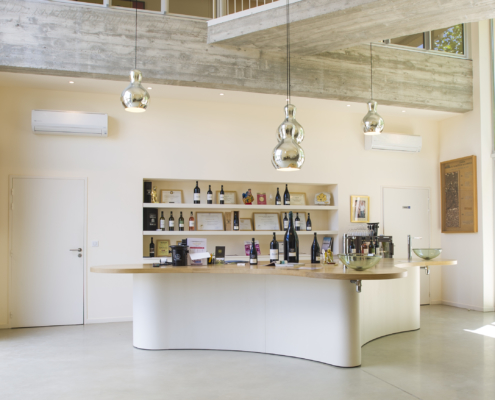 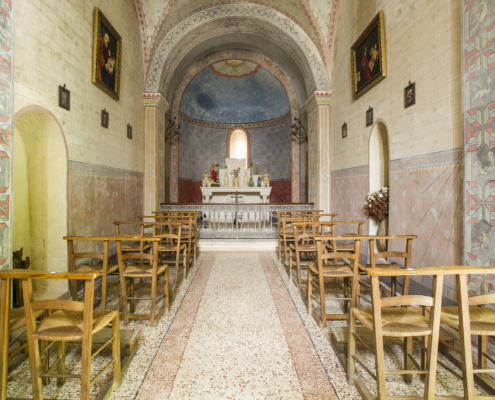 In the south of France, between the sea and the hills, stands a magnificent Renaissance castle with a 9th century chapel. On 160 hectares of estate lands, there are forests with fragrant herbs (garrigs), a French park of 3 hectares and 60 hectares of vineyards. Recently, the castle underwent renovation according to the project of a famous architect, who managed to achieve a harmonious combination of history, modernity and furniture of fashion designers.

There is a cleaning lady and a gardener on site.
Breakfast is included in the price.
Films, photo shoots for fashion magazines, seminars and business meetings are regularly held in the castle.

It is possible to organize a photo shooting in costumes of the epoch.

In recent decades, the Languedoc wine industry has experienced a new stage of development and is actively gaining its place on the international market. The Château Saint Martin de la Garrigue also entered into the battle for product quality and carried out important work to renovate its production and vineyards.

The first mention of Saint Martin de la Garrigue dates back in the annals of 987. However, the history of the estate has deeper roots. At the base of the building, erected in the early Romanesque style, archaeologists have found traces of ancient pagan temples. Much later, at the end of the 19th century, the owners of the estate invited a famous painter who decorated the chapel with Italian frescoes. They are perfectly preserved, and to this day they delight visitors who come here to touch the history and pray.

The main building of the Castle in the Renaissance style was built in 1557. Fortunately, many generations of owners – dukes, representatives of clergy, military and businessmen had excellent taste and respect for history. Thanks to their efforts, all construction work that took place at different times on the territory of the estate could not violate the integrity and harmony of the magnificent architectural complex.

Castle Saint Martin de la Garrigue is of great interest to lovers of ancient times. In the 20th century, Dr. Berger carried out painstaking work on the restoration of the most beautiful parts of the building – first of all, the living room and the stairs, using stones left over from the house of the former city hall of the ancient village of Montagnac. The majestic park, laid out in front of the Castle in the 19th century, has become home to many rare birds.

The economic history of Saint Martin de la Garrigue, like many other wine-producing estates in Languedoc, has come to a new and upper level of development over the past twenty years. After almost a century of neglect, the region’s wines are again popular and receive awards at the world’s leading competitions.

From 1992 to the end of 2011, the Saint Martin de la Garrigue estate belonged to the family of the famous entrepreneur Mr. Guide. During this time, a major reconstruction of the entire industrial complex of the estate, both cellars and vineyards, was carried out.

Not long ago the estate was acquired by “Praskoveyskoye”, one of the largest cognac producers in Russia. The new team, headed by the manager, Mr Jean-Luc Parré, and the CEO, Mr Jean-François Farinet, a former oenologist of the prestigious Ruderer Group farms, has received a task to bring with the product quality to a new level.

The owners are investing heavily in the vineyard (a two-year program for planting young vines on 14 hectares of land) and in the renovation of the Castle in 2013.